Home » Blog » 5 Things You Can Learn From Touring London

5 Things You Can Learn From Touring London

London is the most visited city in Europe. It attracts more than 27 million tourists every year. With a rich history and outstanding culture, London counts as one of the most diverse cities in the world.

Although it is the smallest city in England, it is home to 9 million people. With so much to explore, it is impossible to get bored and you always find something interesting in London.

Let’s explore 5 things to do and learn from touring London.

Museums- Get a Glimpse Of The History of England

There are lots of museums close together in London, especially on Exhibition Road in South Kensington. The infamous Diplodocus skeleton in the Natural History Museum attracts most tourists.

The entire museum is filled with rare stuffed animals and ancient fossils and some of them are millions of years old. Kids will love the Science Museum to investigate scientific progress throughout the ages and indulge in hands-on activities.

If you want to learn more about the cultural history of England, take the Victoria and Albert Museum (V&A). It has an artwork display and you will find many art students and young artists sketching classical ironwork. Explore centuries of archaeological discoveries, mummified remains, and the Rosetta Stone in the British Museum.

The best way to observe the main highlights of the city is to climb aboard the adrenaline-fuelled helicopter flight. Enjoy the panoramic views of the city center, and explore the iconic landmarks from an unusual perspective. 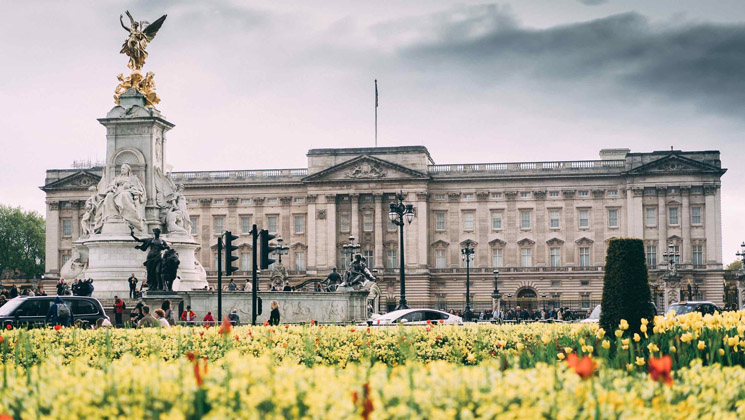 A trip to London is incomplete without getting a view of Buckingham Palace. Since 1837, this palace has been the residence of the British Royal Family and hosts guests for official, ceremonial, and state affairs.

Some part of the palace is open for the tour. Travelers can have a glimpse of the royal lifestyle and learn about their exquisite English and French furniture, paintings by Rembrandt and Rubens, chandeliers, candelabra, and magnificent pieces of artwork from the Royal Collection. Changing of the Guard is the daily routine, a few times every day and it is the most historic tradition of London.

Explore London’s iconic landmarks on a hop-on-hop-off bus if you are a phobia of flying and want to avoid the helicopter ride. This bus has around 60 stops and it covers five different routes. You can hop on and hop off as many times as you want.

On this bus, you will get the opportunity to explore some of the iconic places of the city. They are Trafalgar Square, Oxford Street & Regent Street, Westminster Abbey, St Paul’s Cathedral, Madame Tussauds, Shakespeare’s Globe, Buckingham Palace, and much more.

Thames Cruise- Take a tour of the city in a unique way.

The Thames is the lifeline of London and is the longest river in England. It has a huge role in industrialization in London. It always has been of strategic importance to the English and the Romans Kings, especially during both world wars.

Moreover, Several companies are offering the cruise across the Thames. You can catch the cruise from several key locations at intervals of every 20 minutes. Furthermore, the cruise passes through the Houses of Parliament, the Tower of London, the London Eye, etc.

London offers lots of ways to explore its beauty. It has some of the best art galleries, and museums, tourist spots, restaurants, shopping centers, and much more. Roam around the city and learn about its ancient history, culture, and traditions.