Nepal Peak climbing presents hobby climbers with an opportunity to address a high Himalayan peak without organizing a major expedition. It is comfortable compared to the expedition in Nepal Himalayas. Despite being lower than 8,000 m peak climbing is no less demanding and adventurous than an expedition.

Furthermore, Nepal Mountaineering Association (NMA) is a state-run alpine organization in Nepal. It has classified the peaks of Nepal into trekking mountains and expeditions. Actually, trekking peaks present a great prospect of exciting activity.

And under this classification mountains having a height above 6,500 meters are confidential expedition peaks that require higher entry permit fees and additional climbing technical skillfulness. According to NMA, a trekking peak is a mountain lying at an elevation below 7,000 m which is less severe. 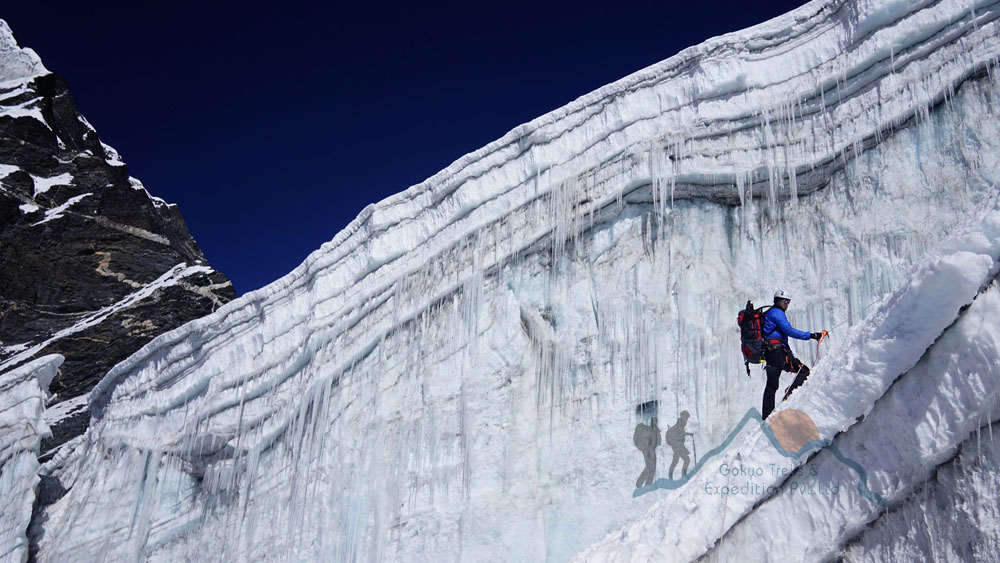 Besides that, the association entitles the two sub-categories of the trekking peaks as Group “A” and Group “B”. Association supervises all peak climbing activities and focuses more on intended rules & regulations.

Peak climbing in Nepal is a chance to climb a Himalayan summit and a taste of being in the white wilderness, without burning a big home in your pocket. We only offer Peak climbing in a popular trek destination with relatively easy access to the mountains. Most of these trips can be completed within a short period of time.

In exercise of the powers conferred by the Nepal Government, Nepal Mountaineering Association has made the following rules to observe for the climbing peaks of Nepal Himalayas listed in Appendix 1. These rules will come into force at once. 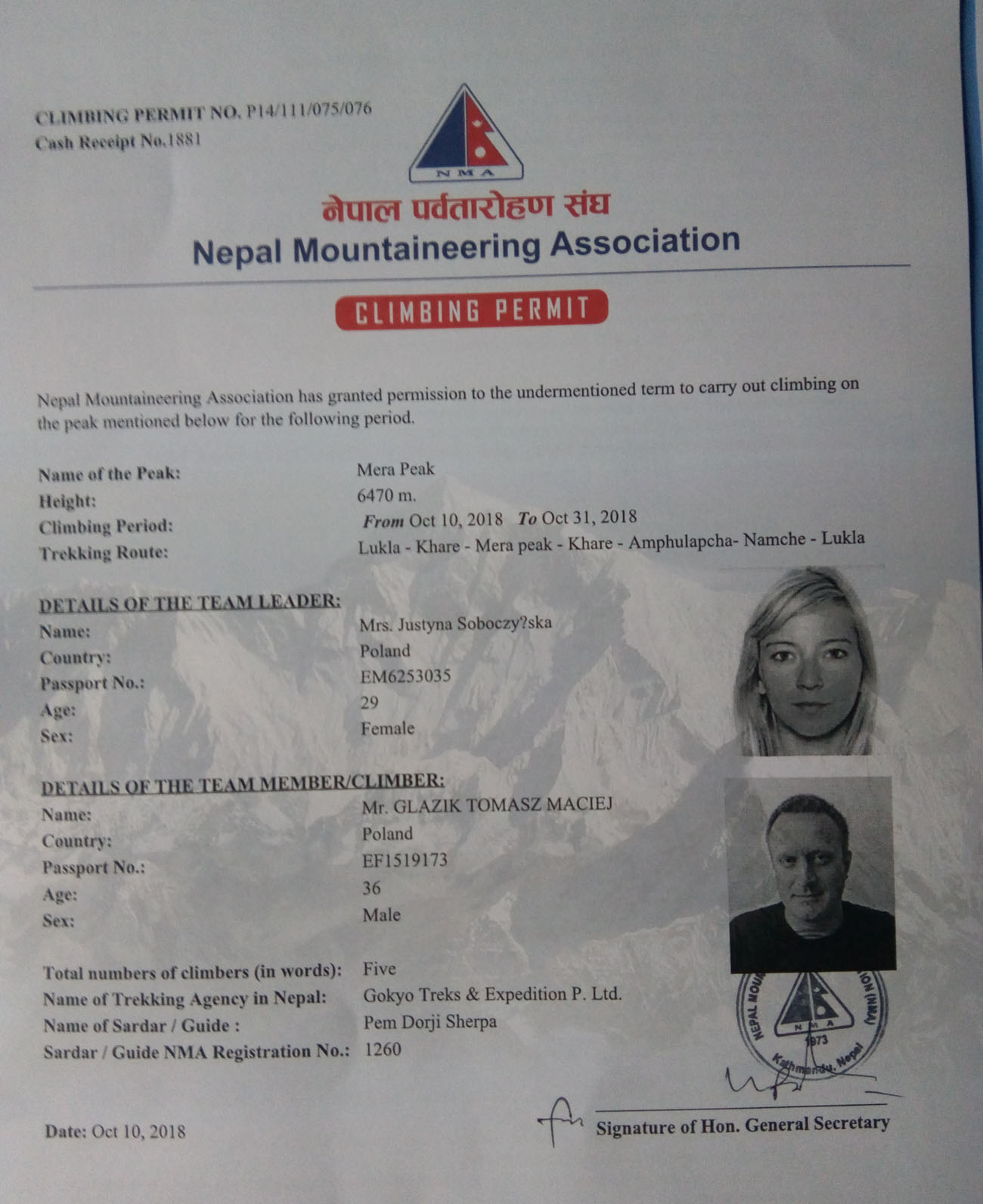 Applicable definitions for these rules will be the same as those for the Government of Nepal Mountaineering Expedition Regulations 1979 and its first Amendment 1984.

Any person or mountaineering team eager of climbing a peak must receive permission from the NMA office. You need to mention the climbing peak and date on the application form. Permission to climb peaks is valid for 30 days.

Permission may be extended, if necessary, for another period of two weeks. The period of permission granted relates to time spent climbing above the base camp. The trek to and from the base camp is not included in the permits. The concerned expedition team may apply for climbing permits at any time.

Permits for peak climbing will issue on a first come first serve basis. The Mountaineering Association in Nepal has all the right to give permission to another party for climbing the same peak at the same time. The Office of NMA will suggest to the Immigration office of the Government of Nepal obtaining a trekking permit of the area for the team members.

For extending permission, an additional 25% charge of the total amount of the initial fee will be made for each extra week. The leader or climbing member of the team must collect the permit in person from the NMA office. The maximum number of people in a group is 12 people.

Functions and duties of the peak climbing Guide:

Assist the climbing party with the recruitment of porters and other staff, control of porters, local purchase of food, etc. And to solve any problem that may arise to the best of his ability.

Report to NMA office in case the party spends more than the specified time limit in the mountain.

Food and tent accommodation: Climbing equipment and other necessary climbing gear if required to go above the base camp.

Ensure that the climbers and trekkers must follow the specific routes.

Make sure that the climbers comply with the terms of their permits.

Minimum daily allowance to be paid as per the rules of Govt. of Nepal, Ministry of Tourism, and Civil Aviation.

Insurance: – All employees going above the base camp must have insurance for a personal accident to the value of Rs. 15,00,000.

Each party that grants a climbing permit will nominate a representative in Kathmandu to act as the liaison between NMA and the climbers. The representative may be an individual or an organization registered with NMA. The representative nominates will be responsible for making necessary arrangements for the climbing party in case of accidents or any other unforeseen circumstances. For your reference, check the list of Nepal peaks and prepare your dream climbing mountain.

At the conclusion of the climb and on return to Kathmandu, the party will submit a report to NMA in the form prescribed in Appendix 4’. Power to cancel the permit:- NMA may cancel or withdraw the climbing permit at any time with or without showing any particular reason.

Non-compliance of the regulation: – Where any trekking/climbing party working in violation of the trek & climbing days or is engaged in unsocial acts – behavior contrary to the customs and culture of the people of Nepal, NMA recommends to the Nepal Government to take necessary measures in accordance with the article 37 of Mountaineering Regulations 1979.

Protection of Environment while on peak climbing

Base camp and other camps will be left perfectly clean at the conclusion of the climb. No foreign materials, such as fixed rope, pitons, etc left on the mountain. All rubbish and waste material must burn or dispose of off.

Revision of the regulations of Nepal peak climbing

Any article of this regulation can revise or amended by NMA with the prior permission of the Nepal government.

As per the decision of the secretary level dated 2071/1/16, the insurance amount for Sardar, mountain guide, and high altitude trekker fund is determined as Rs 15 lakhs (Nrs 15,00,000). In addition, the climbing operator agency must make medical insurance fixed at Rs 4 lakhs (Nrs 4,00,000). Furthermore, a Mountain Heli-rescue of US$ 10,000 (TEN THOUSAND) is also required.

The maximum number of members in a team is 15.

Garbage deposit to obtain a climbing permit is US$ 500 (Five hundred only). The refund shall be made as per the provisions of NMA.